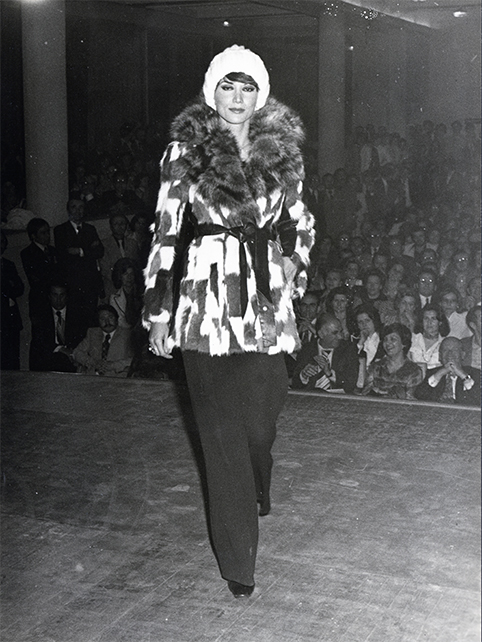 The processing of Fur in Kastoria estimated that begins earlier than the 14th century when the city provided the ermine pelts for the lining of the robes of the Byzantine courtiers. From the 16th century onwards, growing demand for fur and a longer fur was widespread not only for protection from the cold but also as social promotion component. The Greek furriers begin to import raw materials from abroad. Early traders settled in Russia and Germany. In the 18th century fur longer conquer the whole world. In 1894 it was an elegance sign since by then the processing was done manually. First introducing the stapling of cuttings technique in Kastoria, the industry of the fur started to industrialize. Fur industry has been a great development thanks to the right technique and artistry of Kastorian furriers, making the region the main international fur processing center of the Eastern Mediterranean and Western Europe.

Today the branch of fur ensure the responsible use of a renewable natural source raw materials. Not infect and does not disturb the ecological system as the raw material comes from farms rigorous standards fully respecting international norms established for ecosystem management. The industry maintains traditional forms of processing. The secrets of the art of fur inherited from generation to generation resulting in the modern evolution of the industry to be completed for not moving away from the tradition, so that the production maintains the specificity of that makes her stand out in the international market. Therefore, each fur is unique and is the creator and those who wear a work of high quality and technique.

Save products on your wishlist to buy them later or share with your friends.